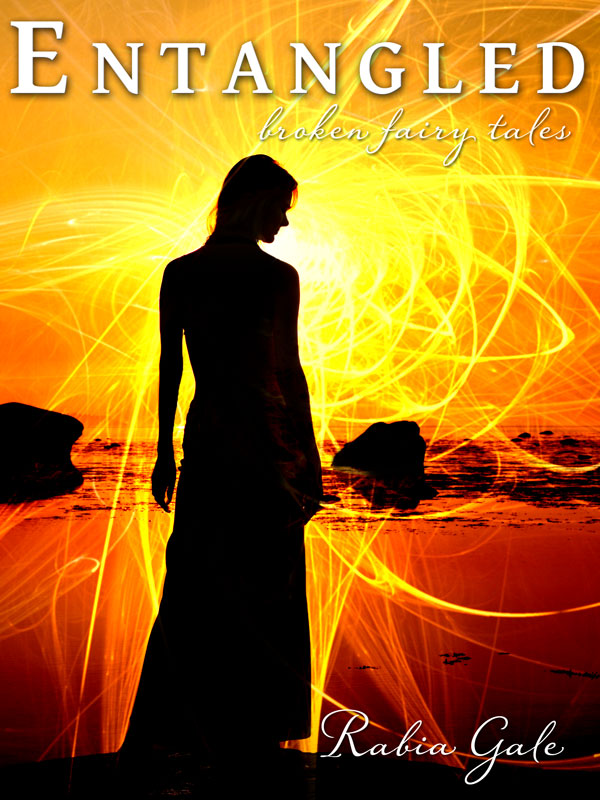 Just finished Entangled, my third ebook cover in a series for Rabia Gale. The first two were:

Although I felt conflicted saying it, I think it’s actually a compliment when I tell you that I personally found the story which inspired this cover to be incredibly disturbing.

It’s always a fun project to think through a story (or stories) and decide what element should lead to the cover. “The Bitter Sea” stayed with me so strongly that I felt it was important for it to be the cover, but due to some details, a standard “pretty girl at the ocean” photo wasn’t going to cut it. Since the two previous covers used a kind of textured overlay to evoke the stories, it was important to me to continue that concept here.

Here’s Rabia’s synopsis of the collection:

A foster mother is torn between loyalty to the sea-girl she raised and the people she left so long ago. A runaway daughter receives help from her mother’s love reaching across the sea. A woman who lost everything to a curse of thorns is given another chance to love.

Although the collection isn’t published quite yet, I expect it will be very soon–I’ll update this post with links! If you like fairy tale retellings at all (I love them!), I invite you to check out Rabia’s contributions to the genre.