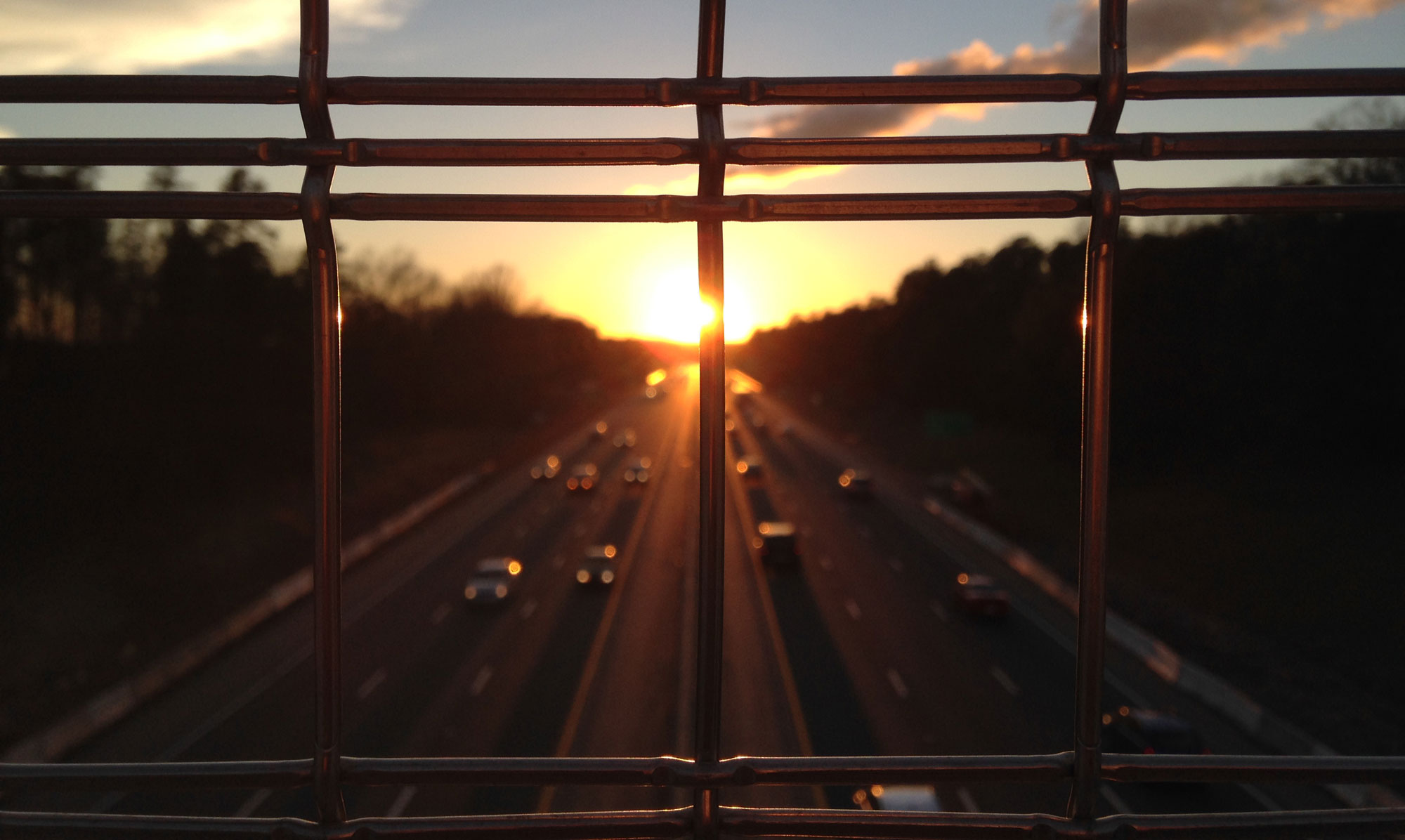 A few weeks ago, my friend Tim contacted me about doing a wee bit of a refresh on his website, Faith and Doubt. He wanted to change his site so that his posts display as a grid loop, with just the title and featured image, and no content. I thought this would be a fairly straightforward task to accomplish, and promptly disappeared down a rabbit hole trying to make it happen.

This is a tutorial for the Genesis Framework from StudioPress (affiliate link), because that’s what I use. However, with the right CSS and hooks, you could convert this for use with other themes, I would assume. 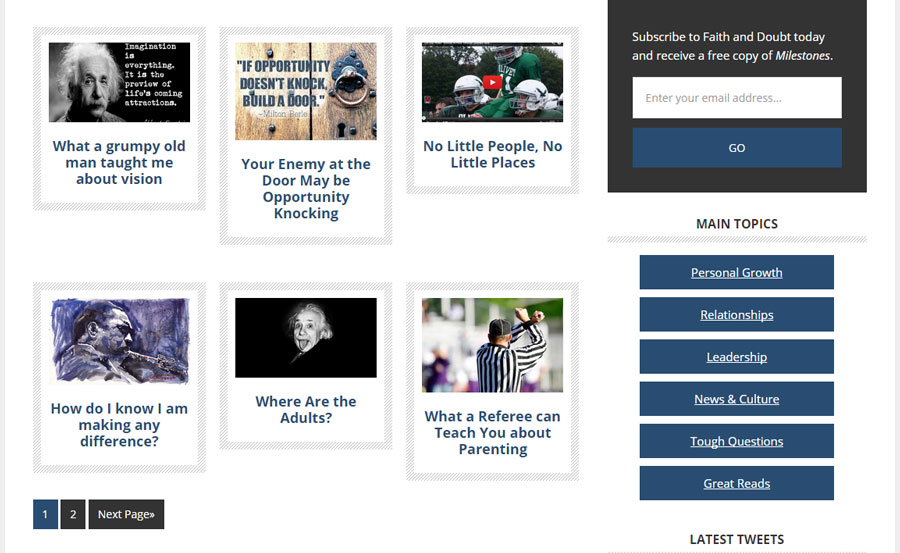 There is a grid loop function built into Genesis, but for me it was problematic because it doesn’t allow me the option to remove the post content entirely, which was one of Tim’s requirements. I found quite a few blog posts around the interwebs with other approaches to creating a grid loop, and none of them worked for me. I’m totally willing to accept that this is user error, and take the blame on it, but they simply didn’t work for me.

What finally set me on the path of enlightenment was a fairly simple tutorial from the excellent Sridhar Katakam. If you build Genesis websites and don’t subscribe to his blog yet, please pause and correct this deficiency immediately. I will wait.

Obviously, this wasn’t 100% of what I needed, but it certainly helped me move in the right direction. What I decided I wanted was to show the latest post in full on Tim’s front page, and then shift to the grid below that, and sitewide otherwise. I also wanted to make sure I had a full final row of posts on each page throughout the site, whether or not there was a full post at the top.

Set Up the Front Page

Many Genesis child themes have special front pages which are built with widgets for a special layout option. This front page file is different in that it only does one thing, which is to make sure that the first post’s content displays in full (if you’re using an RSS reader or are an email subscriber, you can see all the code here).

Set up Your Grid Loop

For everything else, you’ll want to add this to your functions.php file:

Let’s unpack the code a bit. Depending on the child theme you’re using, you may have an image size in place which you can already use. Tim’s site is based off of the Metro Pro theme; since home-middle is an image size which he’s been using for over a year, I kept that in place and removed the other image sizes which were added by the theme. Your image sizes can be whatever you want, and named whatever you want, as long as you change the name in the image function further down as well.

What we’re doing first is setting our conditions for any of the work to happen. Basically, if we’re on a single post, page, custom post type, or a custom post type archive, we’re done and getting out of here. So, what’s left are all the category, tag, and archive pages.

Then we have to strip out all of the unnecessary elements–basically, most of the things which go into making a standard blog page. We’re removing the post content, the post image (we’ll add it back, don’t worry!), and the info and meta (the comments, dates, list of categories, etc.). Right now, our grid is a boring list of post titles.

We then add two functions of our own making: one to add a new post class to our grid posts, and one to build and handle the new grid output.

For the post class, we’re using column classes which are already built into most Genesis child themes, and then doing a bit of math to make sure all the posts in the left most column line up properly, making sure they have a class of .first applied to them. You could change the number of columns quite easily here, to be two columns (use one-half instead of one-third) or four (one-fourth). Just make sure you adjust the formulas accordingly. Notice that there are two parts to this, depending on whether the user is on the front page of the site or not, since only the front page of the site has the one full post.

Our next function adds the image back in. This is where you’ll want to change the image name if you’re not using home-middle. I also have set a fallback image to use in the grid if a featured image isn’t specified, or if a post doesn’t have any images at all, since that’s important to the layout. If you use the fallback image, make sure it’s the same size as the home-middle image setting, and upload it to your theme’s images folder.

Tim’s site is based on Metro Pro, so the styling for his grid posts are specific to that theme, but you can easily change it to match yours:

And that’s it! No need to create a custom loop or template, or do any fancy finagling to solve math to set up a layout. Navigating through pages of posts is seamless, because we didn’t change anything with it, and we’re using as much pre-existing code work as we can, because either we are lazy, or we are standing on the shoulders of giants, however you care to look at it.

Share on TwitterShare on FacebookShare on PinterestShare on EmailShare on PocketShare on WhatsApp
Previous Post: Display Featured Image for Genesis: a New Plugin for WordPress
Next Post: A More Flexible Grid Layout for Genesis