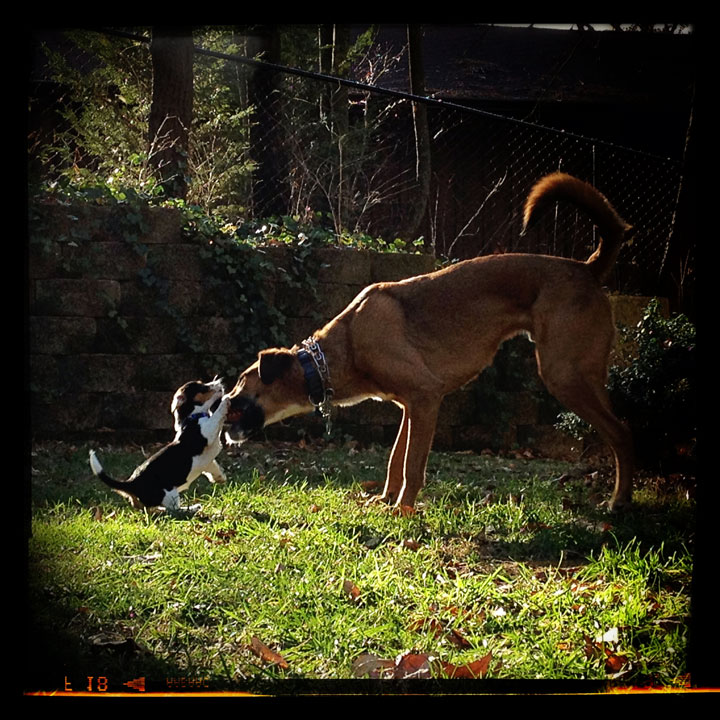 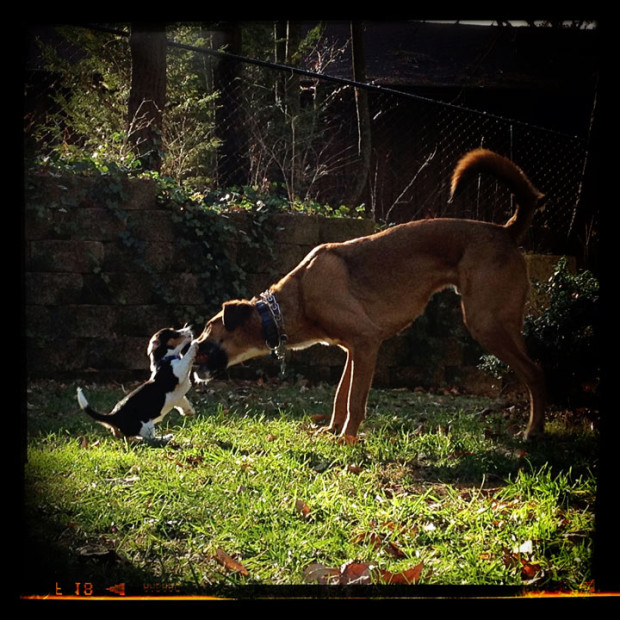 Well, this was unexpected. At the beginning of December, we went to downtown Chattanooga to take some pictures of the children (no, I have not mailed or actually even created any holiday cards yet, sorry about that!). The plan was to head to a street fair afterwards for festival food, like beignets. Which we did.

Then we worked our way down one side of the street, peeking in shops, not getting donuts (the line was too long), enjoying Korean type tacos from a food truck, and enjoying all of the dogs present for the “Mutt Strut” down the street. Headed back the other direction and stopped to get funnel cake, because, let’s face it–if you are at a place where they are frying the funnel cake in front of you, you must, absolutely must, get it. It was divine.

While we were waiting for the funnel cake to cook, the children were sucked across the way to where a rescue group was set up with a pen of…puppies. We’ll just say that everyone melted, and we accidentally came home with four and a half pounds of puppy. Merry Christmas to us, so the children said!

Her name is Shiloh, and she’s fit in pretty well. I wanted to share this particular image because it’s a daily occurrence. Judah, our mildly psychotic dog, is fully ten times larger than she is, and she picks on him. She jumps on him, climbs over him, chews on his face, bites his tail…and he patiently (amazingly) takes it all in stride. His jaw could snap her in two but he manages to wrestle with her, much to her delight, and does so very gently and graciously!

So, that’s where a lot of my time and energy has gone this month (note to self: new carpet in the office needs to be a higher priority, after successful housebreaking). The children are enthralled, and we are bemused. And Judah is disbelieving, but accepting.

Hope your holidays have been just as blessed, but hopefully cleaner!