Note: this post is my opinion, which may differ from not only your own, but also many others. Many people feel strongly about Jetpack, Automattic’s Swiss Army Knife plugin. I think it’s got some great things going for it, but I have some concerns about the Jetpack Photon module.

I install Jetpack on quite a few client sites, because it’s got some great features, like Sharing and Publicize. I think those are pretty nifty, and use them myself. I also have a special place in my heart for the nifty Tiled Galleries, and have used those on multiple sites, too.

One I’ve never used, at least knowingly, is Photon, and I’ll confess I had no idea what it was until last week. What is it?

Photon is an image acceleration and editing service for sites hosted on WordPress.com or on Jetpack-connected WordPress sites. That means less load on your host and faster images for your readers.

OK, that sounds pretty fancy, but what does it actually mean? My interpretation:

That all sounds great, so why am I telling you to think twice?

Well, first of all, you may not actually know you are using it. Historically, one of the frustrations with Jetpack is that when it’s activated, many of the modules are also activated without your input. Which is great, if you want those modules on, but if you don’t, then you have to go in and turn them off. Happily, Jetpack now allows you to deactivate modules in bulk, so you can turn everything off at once if you want to do so. And the Tiled Galleries and Photon both should not be activated by default, because they require that your site be connected first to WordPress.com, which makes sense, since using either one involves the WordPress servers.

Wait a minute. I thought that was Photon. Tiled Galleries use the WordPress servers?

It’s worth noting that images in tiled galleries require extra-special processing, so they will be served from WordPress.com’s CDN even if the Photon module is disabled (emphasis mine).

Note that if you’re not using Photon, only the images inside the galleries will be processed this way; images outside of the galleries won’t be, and presumably won’t be uploaded to the WordPress.com servers, either. But it’s worth noting that it’s using Photon even if you think you aren’t using Photon. And I’ll be honest: I think the Tiled Galleries are pretty magical.

But seriously, Robin, why does it even matter if my images are uploaded to WordPress.com? Isn’t it worth it if I get the great benefits of having a faster site, and less load on my server? My hosting company will love me, right? And so will my users, so what’s the problem?

It’s All About Control

One of the reasons I’m committed to the WordPress platform is because I want to hold onto my own content, both my words and my images. For a photographer, retaining [some] control over how my images are shared online is important. Many photographers put watermarks on their images as part of the control process. Choosy photographers think about what social networks they want to use for sharing photos. Smart photographers upload full size images only to the lab they use for printing. So, for me, the logical question is, what happens to the images which are uploaded to WordPress.com by the Tiled Galleries/Photon?

Apparently, they don’t go anywhere. The first limitation listed on the Photon Support page is:

No cache invalidations – currently the images are cached “forever”.

It means that once you activate Photon, and your images are uploaded to WordPress.com, they are there. You cannot edit or delete the images on WordPress.com. Period. If you delete an image from your site, it is not deleted from WordPress.com (although this may be added in a future release). I browsed a lengthy support thread where people were submitting requests that their images be removed from the WordPress.com servers due to copyright or legal issues, which really concerned me. My conclusion is therefore that if I choose to use Photon, my images are no longer under my control.

Note: more digging shows that the Related Posts module also uses Photon, and the support page mentions that not only are your images uploaded to WordPress servers, but that all of your content is mirrored there as well.

I’m not comfortable with this, so my recommendation is: Don’t use Photon. I still use Jetpack, and for right now, the places where I have tiled galleries in play, I’m not removing them, but I don’t think I’ll be using them in the future. A great alternative is the lovely Envira Gallery plugin (not an affiliate link), which can give you similar output as the tiled galleries, and is mobile responsive, so I’m using that on all new sites with galleries.

If you really need a CDN for your site, consider looking for another option, even if you have to pay for it. If you don’t know what a CDN is, maybe you don’t need it.

It’s also worth taking the time to learn how to upload properly sized images to your website. I have an iPhone 4S, and the file sizes from that camera tend to be 1-2MB, which is way too big for a website. If you’re using a newer phone (most of you), or an actual camera, your file sizes are almost certainly larger than that. If you take the time to generate smaller copies of your images, your website and your visitors will thank you.

If you have a function in your theme or plugin which uses one of WordPress’s image functions, such as wp_get_attachment_image_src(), Erick Hitter has a tutorial for dealing with that. My experience with this method indicated that it needed to be modified slightly:

The key here is that the original method does not verify that Photon is actually running on the site in question, and the final line (to turn it back on) actually enabled Photon on a site where I was running Jetpack, but not Photon–meaning I would be more or less enabling Photon on sites which may not have it activated in the first place, and the user would not see that from within the admin, which is not great. I think this is a safer method, even if you’re using it on your own site; if you’re using Photon today, you may decide not to tomorrow, and if you forget to remove this code, you may not actually be able to deactivate Photon. 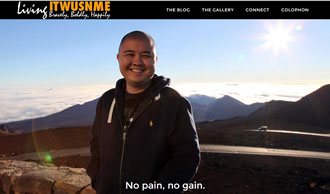 Long story short, if you are using version 1.4.2 or earlier of Display Featured Image for Genesis and want to use Photon, they are not compatible because of how Photon works with WordPress image functions. However, version 1.4.3 does include support for Photon users. I’d like to especially thank Koji Nakamura for discovering and tracking down this issue!

If you have alternative plugins you like that offer similar functionality, I’d love to hear about them, too–feel free to share in the comments!