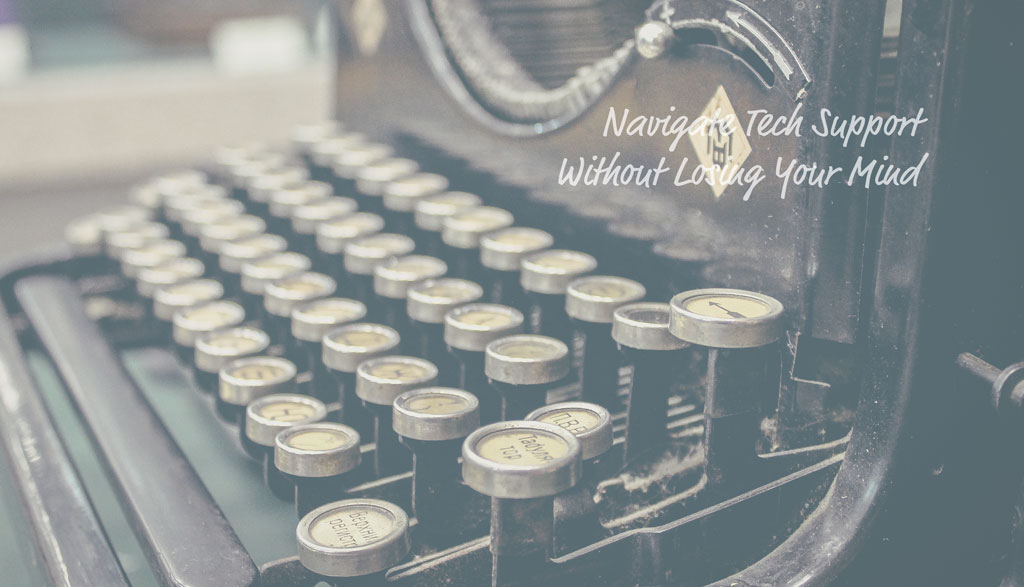 I recently had a fairly serious issue with my website which threatened, and at one point, actually did, take my entire site down. Thankfully, my host’s tech support was willing to work with me to make sure my site kept working, and finally, to resolve the problem. The process took a few days, and there were a couple of hiccups, but it’s sorted (I hope). But of course, it got me thinking about how to navigate tech support without losing your mind, and I thought I’d share.

1. Acknowledge that at some point, you will need help.

It doesn’t matter what brand of computer you use, or who your web host is, or how much you know about computers and programming. At some point, I’m fairly certain you’ll encounter an issue which will be beyond your own ability to resolve.

2. Everyone is happier if you are polite.

It’s not an original thought, but worth repeating. When you submit a ticket, or start a chat, use words like “please” and “thank you”. For bonus points, make a note of your support rep’s name and use it (check your spelling first). The person on the other end of the line is a real person with a real name, and probably prefers to be addressed as such, rather than as an anonymous functionary.

It should be a given, but just so I’ve said it, while you’re being polite, also be thorough.

Give tech support the exact error message. We will love you for it 🙂

Simply saying, “It’s broken!” or “It’s not working!” doesn’t give anyone any information to work with. If you are fortunate enough to get an error message, copy and paste it. Tell support what you were doing, what you expected to happen, and what actually happened. 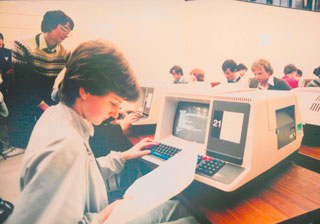 If you ask a question, and, like me, know enough to be dangerous, sometimes the answer you receive may not quite jibe with the question you asked. I think that support reps see enough of the same questions over and over again that sometimes they might just skim your question, and answer the normal question without realizing that yours might just be a bit different.

In this most recent situation, I two reps giving me instructions at different times. Rep A suggested that I add a list of IP addresses to block to my .htaccess file. Rep B suggested a different approach with something totally different to add to my .htaccess file. I did the first one on my own, but emailed back for clarification on the second. Rep A wrote back and said, “Don’t worry, I added the rules you needed [for the first part, not the second] for you.” Which was kind, but redundant, and not where I was stuck.

I don’t mean that it’s OK to be rude–see point #2. But if you do not understand the instructions you’ve been given, or feel like you’re dealing with point #3, I think it’s absolutely OK to ask for clarification. It’s certainly better to get it right before you commit than to end up with an even worse issue caused by a miscommunication.

5. There is no one who cares more about your data than you.

It isn’t anyone else’s job to ensure you have a recent backup, even if they say they will. The daughter of a friend of mine recently had an encounter with the tech department at her school. Her iPad was not connecting to the school network correctly, or something, and their final answer was to restore the device and start her from scratch. They assumed everything was backed up. Unfortunately, her summer homework, which had not yet been turned in, somehow was not, so it was just gone.

It can happen with a phone or a computer or a site. If you have your own website, you need to make sure you’re backing it up regularly and often. Even if your host promises regular backups, get your own backup system in place, or download their backups at the very least. Even good hosts have lost entire sites, in extreme sequences of unfortunate events.

6. Even after your issue is fixed, keep an eye on it.

Even if your tech support question is resolved, it’s a good idea to keep an eye on the issue. Your host may not, and it may not be their job to do so.

The reason my issue took several days to finally resolve was that on the first day, what we thought fixed everything, didn’t actually, and so my site continued to misbehave badly, until my host notified me that they had to suspend my account. It was totally within their rights to do so, but if I’d followed up better than I did, I could have prevented this step by letting them know that my issue was unresloved. Once we solved the issue, I followed up more aggressively, and discovered that at least one of the changes we’d made broke my backup plugin (point #5). I was able to deal with that one quickly, and the site has behaved since then (knocks on wood).

Even if your experience is frustrating (and what broken tech is not frustrating, honestly?), your rep worked hard to try to understand your needs and to solve your problem. Unless they were rude, at which point you would have maybe wanted to ask for a new contact, we’ll assume they did their best with what they had. And they are the ones dealing with unhappy people all day long, so I’ll guess there is a sense of relief to deal with someone who isn’t fussing at them.

How about you? What have you found to be most helpful in terms of keeping your sanity intact while dealing with support issues and your tech?